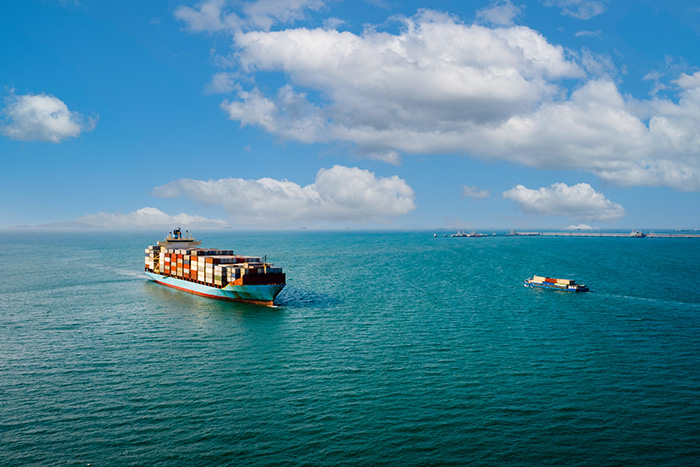 Some importers have signed 16-month contracts, rather than the 12-month deals that are most common in the trans-Pacific, just to expand their MQCs, a sign of carrier leverage in talks. Photo credit: Shutterstock.com.

Their freight rates have ballooned — for some, at more than twice the normal rates — and blown transportation budgets while cargo delays persist, often requiring premium prices to just guarantee loadings and equipment availability. Those premium rates can push the total cost to ship a container from Asia to the West and East coasts above $6,000 and $7,000 per FEU, respectively, according to non-vessel-operating common carriers (NVOs). And then there’s detention and demurrage fees piling up, as clogged marine terminals in Southern California prevent the timely pickup and return of containers and chassis.

Now entering annual contract negotiations, shippers face pressures to curb the amount of so-called free time allocated along with resistance from carriers to expand minimum quantity commitments (MQCs) unless rates are significantly higher. There’s little doubt that contract rates will be significantly higher from the range of last year’s rates of $1,300 to $1,400 per FEU to the West Coast and $2,300 to $2,400 per FEU to the East Coast. And dauntingly, there’s little short-term relief on the horizon when it comes to better container availability, the biggest driver of sustained congestion and elevated ocean rates.

But most alarming for retailers is carriers’ resistance — displayed over the last 10 months — to adjust volume allocations set by MQCs in service contracts, forcing shippers to pay extra for additional space either via the carriers or forwarders. That key lever has insulated them to a degree from carriers rolling their cargo in favor of higher paying freight or having to shell out extra to guarantee additional space within weeks rather than months. But this year, carriers are reportedly telling retailers and forwarders that unless they are core customers with large cargo commitments, their MQCs likely will not be increased.

Logistics managers are under more pressure from the C-suite to contain transportation costs, and to a degree not seen since the West Coast port crisis of 2014-15, when some logistics managers lost their jobs due to stockouts. Amid the headlines of Peloton shelling out millions of dollars to make up for delays and missed orders, hundreds of smaller shippers are struggling with inferior service at higher prices, sometimes jeopardizing their jobs or even their businesses.

“In past service talk cycles, there’s been emotional discussions as labor agreements are negotiated, setting stage for diversions, and the financial security of some carriers has been questioned, but this cycle is unique in that a large degree of importers are saying, ‘I have to take a step back and review my entire process,’” said Bryan Most, former vice president of transportation at Walmart and now senior vice president of retail at the New York Shipping Exchange (NYSHEX).

The exchange, which guarantees contract reliability through mutually enforceable contracts, has seen an uptick in US inbound freight booked in recent months and ended the fourth quarter with a 100 percent retention rate.

Most said retailers are “using commitments to guarantee critical volume lanes, high-priority merchandise categories, historically low performing lanes, and for surge volume protection. With these protections and predictability, it will allow them to fully gain the benefits from optimizing their network and avoid costly alternatives like air freight.”

So-called free time has always come at a cost, but now, carriers are passing that cost to shippers by reducing the number of days they can keep equipment before accruing additional fees. Many importers’ supply chains have been designed for 10 to 14 days of free time, and any attempt to further reduce that time would require them to reengineer their supply chains in ways that ultimately increase warehouse and drayage costs, according to Duncan Wright, president of Cleveland-based third-party logistics provider UWL.

“All these pressures come after the rapid increases in duties importers had last year and the year before that now look like they will stay for an extended period. When you add all these factors together — not to mention the increases in domestic transportation rates — it has to be overwhelming at times for the shippers,” said Wright. Reflecting that pressure, Wright said importers have asked him to help explain the new container shipping dynamics to their colleagues.

In a sign of the leverage carriers enjoy in contract talks, some have been willing to start earlier contracts to expand their MQCs, choosing to sign 16-month contracts from Jan. 1 through April 30, rather than wait for the traditional May 1 through April 30 period.

In the wake of contract finalizations, retailers’ frustrations — with service levels, the scale of rate increases, and having to pay for some so-called premium services that simply provide a regular level of service — will linger. Shippers may need to accept higher rates, tighten their free time allocations, and give up the days of calling a sales rep to get some wiggle room on MQCs. Carriers that guide them through this new environment, rather than squeeze them after more than decade of being on the receiving end of the negotiating stick, may convert short-term customers into long-term partners.

to change this text