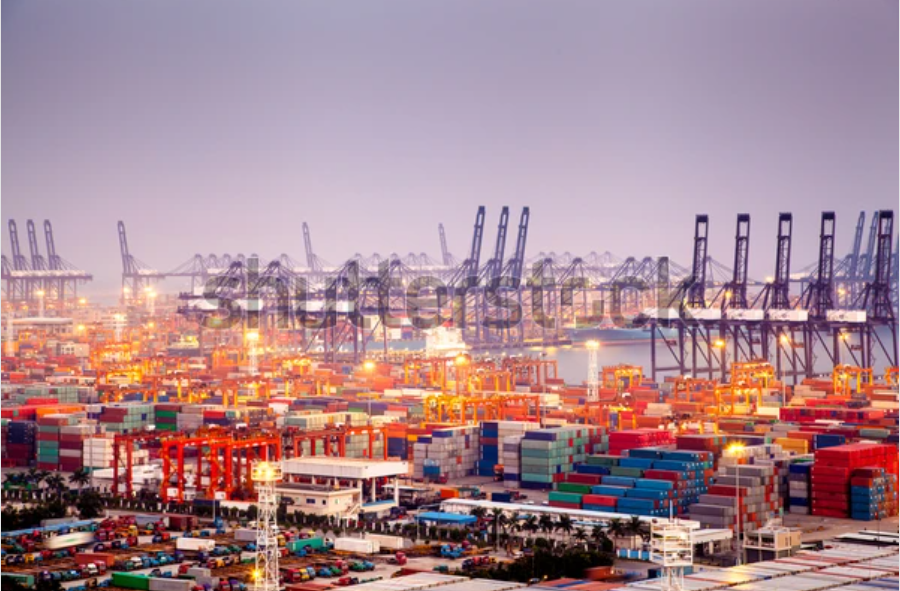 Logistics executives said Shenzhen, Ningbo, Shanghai, and Dalian are among the worst affected, although delays are occurring at all major Chinese ports ahead of the new year holiday that starts Friday.

They said factories had shipped products earlier so migrant workers could return home sooner to comply with tougher COVID-19 quarantine measures imposed by the Chinese authorities. But this created traffic jams at container yards and depots that were exacerbated as more export cargo was trucked to ports, overloading terminals.

“Due to local regulations around quarantine measures, a number of workers are returning to their hometowns earlier than usual,” Steve Huang, chief executive of DHL Global Forwarding Greater China, told JOC.com. “Factories and forwarders have brought ahead their production and shipping schedules respectively in anticipation of the resource constraints, thus causing earlier Spring Festival congestion compared with previous years.”

A Maersk China spokesperson told JOC.com the carrier has experienced some congestion in Chinese ports, which has been primarily caused by “vessel delays and the Chinese New Year cargo rush.”

“The average vessel waiting time is about one and a half to three days at Yantian (Shenzhen), Shanghai, and Ningbo ports,” while container yards are 80 to 98 percent full, the spokesperson said.

Not as ‘challenging’ as LA-LB congestion

HMM spokesperson Lee Ho-joon told JOC.com that while the port situation in China is tight as berthing windows keep changing and the carrier tackles trucking issues, “it is not as challenging as in Los Angeles and Long Beach.”

The Los Angeles-Long Beach port complex has seen productivity plummet during a six-month stretch of near-record import volumes; port and terminal officials don’t expect to dig out of the current cargo backlog until late spring.

“It remains to be seen whether logistics flows at large in China will be slower after the week-long new year holiday,” Lee added.

Images were posted last week on social media of long truck queues on highways leading to Yantian International Container Terminal (YICT), controlled by Hong Kong’s Hutchison Port Holdings. One logistics company executive said truck drivers were spending 10 to 12 hours waiting to get into the terminal, which handled about 50 percent of Shenzhen’s 26.5 million TEU throughput in 2020, according to China’s Transport Ministry.

A YICT spokesperson told JOC.com terminal congestion and resulting traffic queues were caused by a combination of factors, including severe vessel delays that led to laden export containers being held at the terminal for up to 10 days instead of the normal three to five days. A record 300,000 containers were being held at the terminal, stretching storage capacity to the maximum, YICT said in a statement to local truckers.

A senior executive at regional carrier X-Press Feeders told JOC.com the shortage of inbound empty containers is leaving trucks waiting to pick up the available boxes, “causing traffic jams in the terminal area and resulting in further congestion of the terminal.”

The YICT spokeswoman said a large proportion of export-laden containers were delivered to the port days before the vessels’ estimated arrival time, “putting considerable pressure on the operations of container yard and the port traffic.”

“As of Wednesday (Feb. 10), congestion at the terminal has been cleared,” and normal operations are expected to resume Friday, she said, after the operator implemented a raft of measures. These included only allowing laden boxes into the terminal up to seven days before vessel departure, shifting import and empty containers to off-dock container yards which freed up space within the terminal, and implementing emergency traffic control measures with local traffic police.

Chinese ports, including terminals in Shenzhen and Hong Kong, will remain open during the week-long new year holiday period. Many Chinese factories are also expected to maintain production during the holiday, both to meet export demand and keep migrant workers busy to bolster government efforts to control the spread of the coronavirus disease 2019 (COVID-19) rather than let them return home.

A senior executive at a Hong Kong-headquartered freight forwarder told JOC.com he expected about 50 percent of migrant workers in the Pearl River Delta to remain in the region rather than return home. That means cargo volumes would remain stable during and after Chinese New Year.

Imports into China are also expected to remain strong during the holiday, leading some barge and feeder operators in south China to resume operations earlier than usual, thus allowing carriers to start accepting import cargo up to 10 days earlier than planned.

Ocean Network Express (ONE) initially said in December that it would stop accepting import containers bound for ports in the Pearl River Delta, eastern Fujian province, and Hainan between early January and Feb. 23. But in an update last week, the carrier said it would start accepting dry cargo from Feb. 14 and other boxes, including hazardous cargo, from Feb. 18.